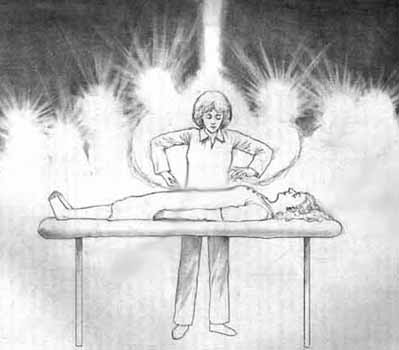 In a secluded village in Mexico, there was a boy. He was the seventh son of the seventh son. His name was Frederico and he lived in the 19th century.

Everyone knew he had occult powers. He was often able to predict the future and could heal any ailment by touching you. He was quiet and shy, but the other children treated him like a monster. The people of his village avoided him whenever they could.

One dark night, the village Elders got together to discuss what to do about Frederico. They all agreed that he was dangerous to the community. The elders decided on a grizzly course of action: they had to kill the child to protect the village.

They convinced the poor boy to follow them. They led him to an abandoned shack. When his back was turned, they jumped him and tied his hands and feet. In a satanic ritual, they tore his clothes off, hung him from the roof, and slowly into a vat of oil.  While Frederico was still alive and screaming in agony, they gouged out his eyes and cut him into pieces. They then threw the pieces into a barrel and threw it into the nearby river. The Elders congratulated each other for a job well done.

The next day, some men went to talk to one of the Elders. They knocked on his door but there was no answer. They opened the door and found a sickening sight. The elder's eyes were on his chest, his hands and feet had been removed, and his face crushed beyond recognition. There was also a message written in his blood on the floor:
"Innocent blood has been spilt. Now the guilty must die."

Every man who participated in Frederico's murder were found dead over time, each dismembered and mutilated beyond recognition. When the last on was found, there was another message written in his blood:
"I have been avenged. The guilty have paid their debt."
Posted by TheGiver at 4:17 PM