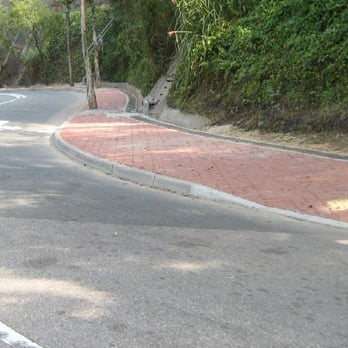 There is a road near the Chinese University of Hong Kong. It is called Single Braid Road. A horrible tragedy is said to have happened on this road.

A girl wearing a single long black braid. She was an illegal immigrant and he was traveling with her boyfriend. They were on the train going by the university.


What happened next depends on who tells the story. One version says she saw a police officer checking passports, causing the woman to freak out. Another version says that she got into an argument with her boyfriend and decided she didn't want to be with her boyfriend anymore. However, both versions agree that she jumped from the moving train, causing her braid to get caught. As a result, her scalp and face were ripped off.

Her boyfriend never went looking for her. He got a job and moved on with his life, becoming a full citizen. He lived a happy life.

Some time after the incident, a male student was walking along the road late one night. He saw a girl crying with her back to him. She had her black hair in a single braid. When the student put his hand on her shoulder, she turned around. The woman had no face. No eyes, no nose, and no mouth. Then, she disappeared.

Since then, she has appeared several times, but only to male students.
Posted by TheGiver at 9:27 PM